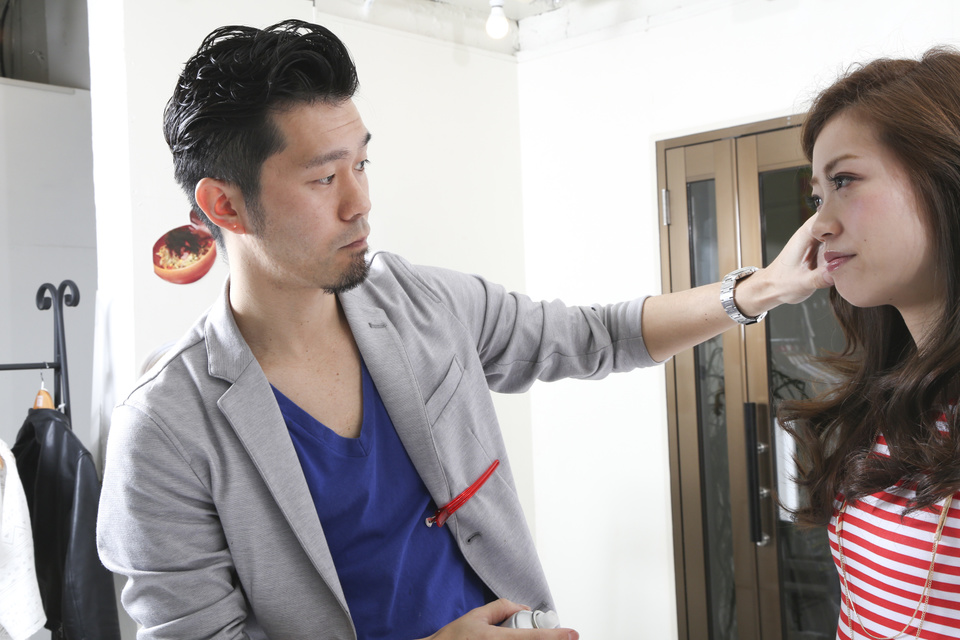 New York based Hair stylist Takashi  Yamamoto has experience of hair styling almost 10 years. The 7 years of them was in Japan. He does also make-up learned by pams make-up. Takashi Yamamoto has gotten Silver award of model cutting in 2004 All Japan hair stylist contest and Gold award of model cutting in 2005 All Japan hair stylist contest.
Takashi Yamamoto traveled around the world of 48 countries for a year in 2007.  He had chance to be haircutter at hair salon in Beijing,Shanghai(China), Bangkok(Thailand), and Köln(Germany). Besides those countries a lot of people who had a good time with him were gotten haircut by him. The number is more than 200.  And then Takashi Yamamoto moved to New York City to make people  exciting since summer of 2008.
Most recently Takashi Yamamoto does shooting energetically for magazines and advertisements. He has artistic hair and new style in chase.
And Takashi Yamamoto is licensed hair cutter and colorist in New York state.when He has a time, He is working at the hair salon. [Hair design ampersand] 240 east 4th street (bet A ave. & ave.B) in NYC.
19th November, 2010. He produceed for 『Les Baladins du Miroir 』his own hair salon in Yokohama, Japan. 『Les Baladins du Miroir』 means a traveling artist in the mirror in French. Come in and enjoy a cup of tea, coffee, discuss your hair or healing needs, get a cut or relaxing, see the our Gallery of creative artists.